D. Woods was born July 6, 1985, in Anaheim California, relocating to in Springfield Massachusetts, where she grew up. D. first developed her love for the arts while performing in dance and regional theater productions. As a teenager she relocated to Atlanta, GA where she attended the renowned Tri-Cities High School for Visual and Performing Arts. There she studied modern contemporary dance, ballet, West African and Hip- Hop dance styles. While still in high school she performed with the Freddie Hendricks Youth Ensemble of Atlanta with whom she performed across the U.S and overseas including West and South Africa. Her education also included the prestigious Alvin Ailey School and New York University where she studied abroad in Havana, Cuba.

In addition to professional dance instruction, D. also underwent extensive voice and acting training at NYU's Tisch School of the Arts Theater program. While in New York she became a respected dancer and was selected to appear in music videos for artists: Bow Wow, Lloyd, LeToya Luckett and Jay-Z. Ultimately it was her time on reality television show, "Diddy's Making the Band 3" that made D. Woods a household name. As part of the pop group Danity Kane, D. went on to achieve chart-topping and platinum album status. Their first self-titled album debuted in 2006 at #1 on the Billboard charts selling 234,000 units in the first week and "Welcome to the Dollhouse" their sophomore album debuted in 2008 at #1, making Danity Kane the only female group to have two #1 album debuts. Subsequently the group is listed in the Guinness Book of World records.

In 2009 D. Woods released her solo debut single, Legalize Me, launching Woodgrane Entertainment with D. Woods as CEO. She's received rave reviews for her live performances singing the national anthem for the 2009 NBA Play Offs Eastern Conference Finals, Pre-Grammy Awards Roots Jam session performance and winning over Oscar Award winning actress Mo'nique with a candid interview and flawless performance on BET's The Mo'nique Show. In 2011, "The Gray Area," an EP, was released Woodgrane Entertainment and received recognition on the 54th Grammy Nominations ballots in 5 categories. With her 2012 summer single, "2 The Bottom", D. Woods released her second body of work, the MY FAVORITE COLOR EP. She hits the mark with this high energy, sassy, celebratory style of music and pleases fans worldwide earning recognition on the 55th Grammy Nominations Ballot. In 2013 the official music video for 2 The Bottom made the 56th Grammy Ballot in Best Music Video with her follow up single Gold Mine in 2 R&B categories.

D. Woods displays her acting talents in theater productions such as, "Ain't Misbehavin", Kenny Leon's True Colors Theatre Company "Shaking the Rafters", co-starring with famed actress Lynn Whitfield (Josephine Baker Story, A Thin Line Between Love & Hate) in "Rebirth the Musical", and the musical "A Mother's Love" with Kandi Burruss (Real Housewives of Atlanta), Eddie Levert (O'Jays) and Shirley Murrdock, along with films like Stomp The Yard, We Are Family, Douglas U and most recently BlackBird starring Mo'Nique and Isaiah Washington.

D. continues to write and record music as well as participate in Film/tv/theater projects and plans to give back to the community through her Foolish Dreamer Organization, a non-profit that focuses on mentoring up and coming highschool talent. 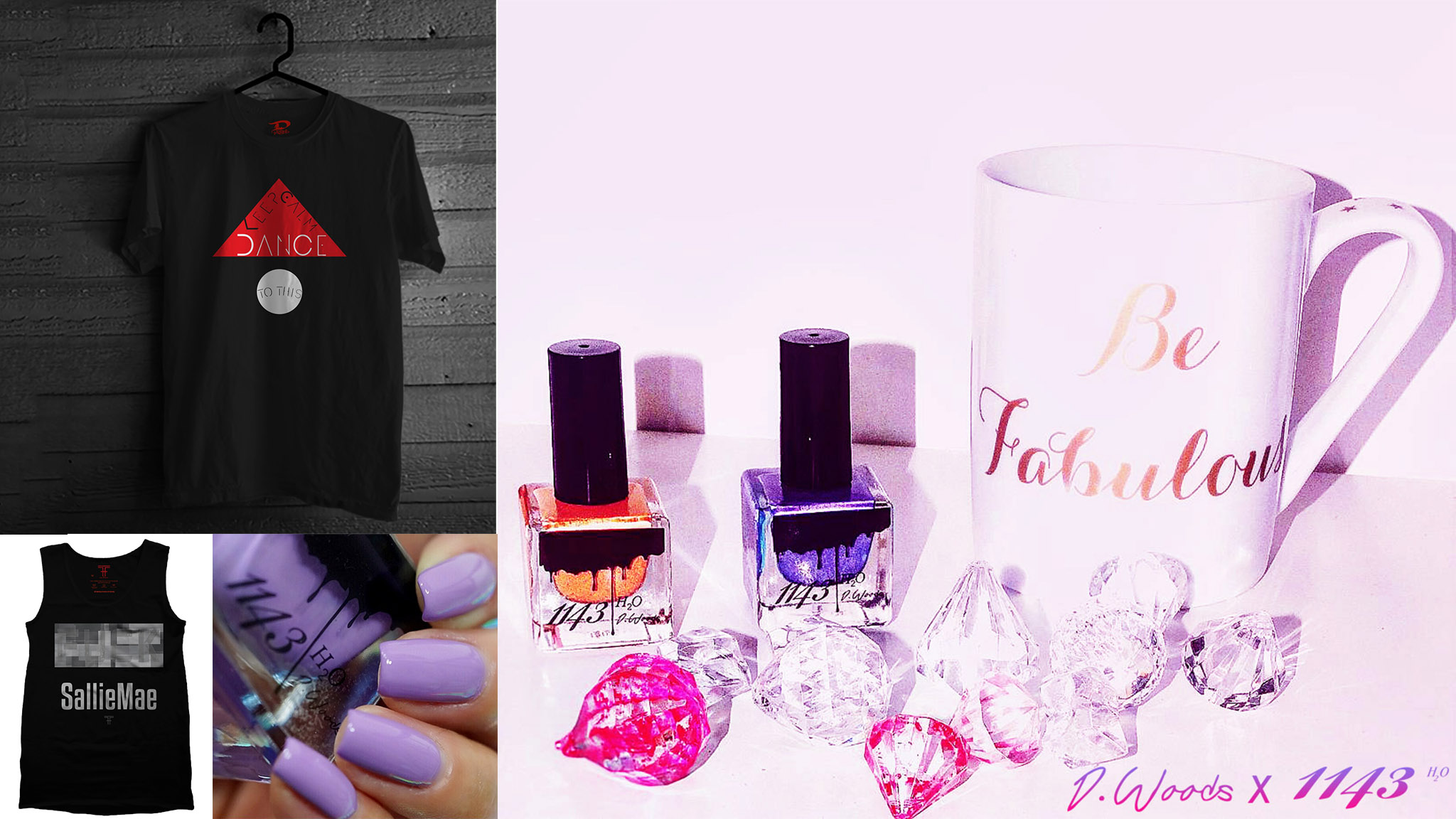